“The new investment for which we are here today will be worth 30 million euros, and the new production capacity will be filled with at least 100 new jobs. This is an opportunity for young people, because companies with European and world standards open job positions for highly qualified personnel,” said Prime Minister Dimitar Kovacevski on the occasion of the new joint investment YFA Automotive between the two companies Yangfeng and ARC Automotive in TIDZ Skopje 1.

Prime Minister Kovacevski emphasized that creating good economic policies and conditions for companies means direct investment in the quality of life of workers. 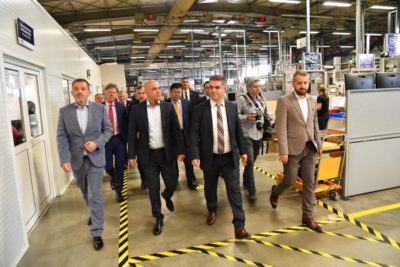 “When we toured the plants, I saw a lot of energy and enthusiasm among the factory employees. This makes me especially happy because they are the engine of the economy and without their dedicated work there is simply no progress. Greetings also to three of my former colleagues with whom we worked together in 2003 and when I see them here I know that this factory will be successful because these are three top managers. Good working conditions, quality investments like this one here, commitment to increasing salaries, but also good services offered by the state, are a prerequisite for happy and productive workers,” said Prime Minister Kovacevski, emphasizing the importance of a clear strategy and a good approach in attracting foreign investments, especially in times of crisis.

“Today it is not easy to attract investment, especially after the COVID-19 pandemic and especially during the war that is being waged in Ukraine in difficult economic conditions, in disrupted supply chains, at high inflation rates. But it was our approach that confirmed the opposite. During the past period, today and in the next month, we see the opening of new production facilities and therefore, as confirmed by international financial institutions and independent analysts, North Macedonia has the best approach in attracting foreign investments compared to the GDP of the state and the states in the region”, said Prime Minister Kovacevski.

He thanked the management team of the two companies, Yangfeng and ARC Automotive, who, as he said, recognized in our country an area for safe investment and a country that offers excellent conditions for investment.

“The opening of such production facilities is a wind at the back of our country and makes it competitive on the global market. This joint investment of these two world-renowned companies makes North Macedonia a country in which high-quality equipment is produced and exported, for world-renowned brands from the automotive industry,” underlined Prime Minister Kovacevski and added that the Government remains strongly focused on economic development and dedicated management of the economic crisis.

“In less than a year of mandate, only from the beginning of the year to the end of September, 1,600 new jobs have been opened in the TID zones. With the new concept of TIDZ and the Government for attracting investments, contracts of 620 million euros have been reached in the past 18 months alone,” Prime Minister Kovacevski concluded. 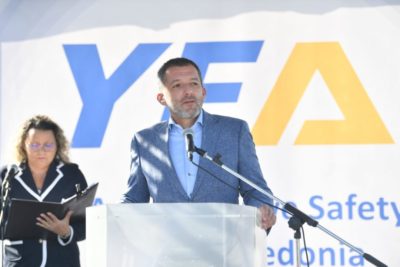 Jovan Despotovski, director of TIDZ, emphasized that with a smart and flexible approach, North Macedonia proves that it can and knows how to be a worthy partner for global players and world companies.

“The initial talks about a modest investment today are a serious investment project of 30 million euros. With that, we showed that even a small country like North Macedonia can and knows how to be a worthy partner for global players and companies like Yangfeng and ARC Automotive. And not with money and expensive campaigns, but with a smart and flexible approach. I am especially pleased that after the conversations we had this morning with the management, this investment project will only be an introduction to new joint projects that should bring new investments and well-paid jobs. This company will bring 100 jobs with salaries above the national average. What is encouraging is that ARC increased salaries by 20% this year alone, and I will encourage them to continue doing that,” said the director of TID-zones, Despotovski.