BESIMI, BEKTESHI AND DESPOTOVSKI: A NEW ERA IN THE GOVERNMENT’S STRATEGIC INVESTMENTS, FOR THE FIRST TIME WE WILL PRODUCE A COMPLETELY ELECTRIC E.GO CAR

BESIMI, BEKTESHI AND DESPOTOVSKI: A NEW ERA IN THE GOVERNMENT’S STRATEGIC INVESTMENTS, FOR THE FIRST TIME WE WILL PRODUCE A COMPLETELY ELECTRIC E.GO CAR

The Government of the Republic of North Macedonia, represented by the Directorate for Technological Industrial Development Zones and “NEXT.E.GO MOBILE”, today signed an agreement for state aid for a new investment in TIDZ Tetovo. It is an investment that envisages the full production of e.GO electric cars. Such full production of electric cars is realized for the first time in the Republic of North Macedonia. 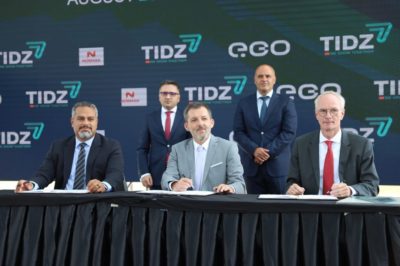 The event on the occasion of the presentation of the new investment and the signing of the contract was addressed by representatives of the Government, as well as of the company “NEXT.E.GO MOBILE” and other honored guests.

In his address, Finance Minister Fatmir Besimi emphasized: “Large investments have a snowball effect. Brands attract local and new investments, both foreign and domestic. They create new value, strengthen exports by changing its structure towards products with greater added value, create new jobs and influence the acceleration of economic activity and economic development. Our determination as the Government is to support and promote foreign investors who will be able to ensure this effect and who will above all bring benefits to our citizens, domestic companies and the economy”.

The Minister of Economy Kreshnik Bekteshi also addressed the event, who spoke about the benefits of the investment. “With this multi-million investment of the company e.GO in TIDZ Tetovo where for the first time electric vehicles will begin to be produced in North Macedonia, a new era begins in the area of ​​foreign investments, but also for citizens to use electric cars. At the same time, this investment will bring new technologies and knowledge from the automotive industry that will be significant for the development of industrial production. The factory will also contribute to strengthening exports.”

The Director of the Directorate for Technological Industrial Development Zones, Jovan Despotovski, in his address at the event, emphasized: 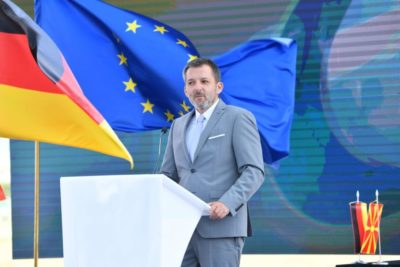 “The new concept of TIDZ gives concrete results. After only 18 months, we have the second investment over 100 million euros. We have shown that North Macedonia is no longer a country of cheap labor but on the map countries that have the capacity and conditions for large investments. Since the beginning of the year alone, we have reached investment agreements with a volume of 370 million euros. At this pace, I expect that by the end of the year we will reach the half billion mark. At the beginning of the mandate, we promised European jobs and opportunities for young people. In the companies in TIDZ, since the beginning of the year, we have 1,100 new jobs. The company e.GO will pay an average gross salary of 1,340 euros. They ask me why Tetovo? And why not, Tetovo is also North Macedonia. And we will not divide people into ours and yours, they are all ours. But for me the key question is whether we want our children to earn three times their wages and live in an advanced society or record emigration. With such projects, we provide them with a future at home.”

Ali Vezvaei, chairman of the board of the company e.GO, also addressed the event. He underlined in his address: “This agreement is another key goal in e.GO’s global growth strategy and highlights the intrinsic value of our innovative technology and approach. 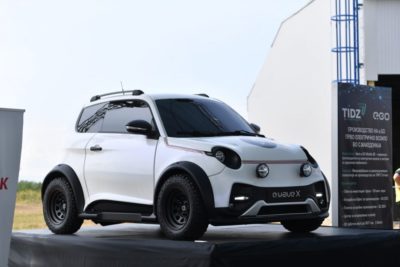 We are really excited to expand our manufacturing footprint in the Republic of North Macedonia, following on from our progress in Bulgaria earlier this year. Our strategic focus in Southeast Europe is based on our belief in the region’s competitive ecosystem, attractive investment climate and access to driven and talented human capital.”