The director of TIRZ, Jovan Despotovski, had a meeting with a German business delegation accompanying German President Frank-Walter Steinmeier, who is on an official visit to the country. Despotovski presented the new concept for encouraging investments and opportunities for German investors with a focus on green technologies, renewable energy sources and advanced technologies. 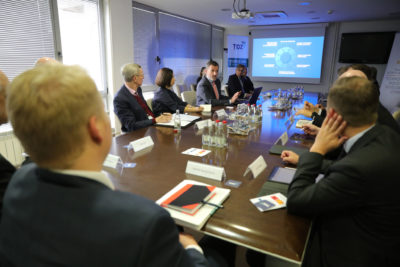 “Germany is a leading partner and the largest investor in technological development zones. The largest since the establishment of the Zones with almost 200 million euros is the investment of the German pharmaceutical company Gersheimer. I believe that in the next period more German companies will become part of our family,” said Despotovski.

The director of TIDZ emphasized that the advantage of North Macedonia as a small country is that it recognizes the needs of investors and offers a flexible approach. He also pointed out that a key asset in attracting foreign investments in the context of global developments is the stability guaranteed by NATO membership, as well as the predictable business climate, access to quality infrastructure and efficient public services. At the meeting, specific opportunities for cooperation and exchange of experiences regarding investment activities in both countries were discussed. 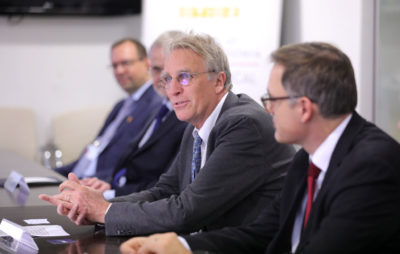 The business delegation, which includes representatives of several German companies, state institutions and banks, is led by Stefan Wenzel, Parliamentary State Secretary from the Federal Ministry of Economy and Climate, and Dr. Johannes Schäube, advisor and head of the economics department in the office of the German president.