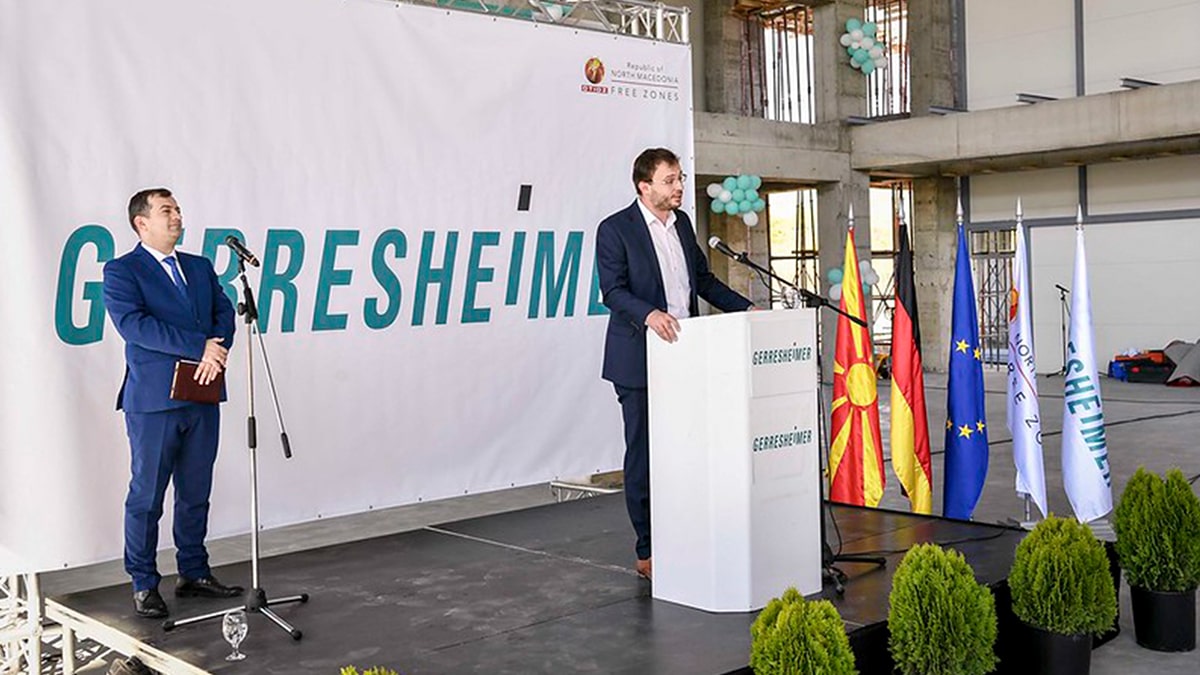 This is Gerresheimer’s first plant in Southeast Europe, and North Macedonia was chosen as a favorable business destination in competition with Serbia and Romania.

The investment will be implemented in several phases, with 400 new jobs planned. Gerresheimer began building the new plant in the spring of 2019. Start of production is planned for mid-2020, however hiring of local staff has begun. The first phase of the plant comprises 12,500m², which includes production space in modern cleanrooms of roughly 7,500m². The site plot area provides options for further development. The plant will initially manufacture medical plastic systems, adding pre-fillable glass syringes in the future expansion phase. Gerresheimer has 50 factories in 13 countries, and the company’s total turnover is €1.3 billion.

The CEO of Gerresheimer, Dietmar Siemssen, announced during the ceremony: “This new plant in Skopje will play a significant role in our future growth plans. It is making progress as planned and we expect start of production by mid of 2020. Our customers are very much interested in this new manufacturing capacities. We will produce plastic systems for both the pharmaceutical industry and the medical technology sector as well as pre-fillable syringes here in Skopje. North Macedonia is an ideal location for us, offering trained personnel, good infrastructure, cost structures, and very good support from the authorities. And we have great options to further extend the facility in the future.”