Prime Minister Dimitar Kovacevski addressed an event on the occasion of the new investment of the Turkish company Teknopanel in TIDZ Skopje 1. It is about the high-tech company that will invest 20 million euros in the construction of a new production capacity for the innovative so-called “sandwich” roof panels that simultaneously offer thermal, hydro and sound insulation, and are also resistant to fire, and are especially used for roof surfaces of industrial buildings. 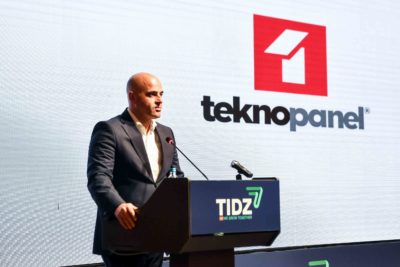 Production will start next year, and 120 new jobs will be created, with an average net salary for employees of around 600 euros. According to the investment plan, wages are expected to continue to grow.

In his address, Prime Minister Kovacevski emphasized that the satisfaction is even greater that investments and new employments are taking place in the conditions of the world’s biggest energy crisis.

“TEKNOPANEL chose to bring their investment right here and this is certainly not by chance. We as the Government provide opportunities and advantages for investment in North Macedonia. First of all, this is a NATO member country, with negotiations for membership in the EU, therefore it is a stable partner. The support that companies receive from the state in terms of creating favorable working conditions is also an important prerequisite for the growth of investments. And of course, we have quality, hardworking workers here, and therefore our key requirement is sustainable and well-paid jobs for our citizens. In this time of crisis, and in order to deal more comprehensively with the consequences, according to my direction, we are actively acting along two lines. 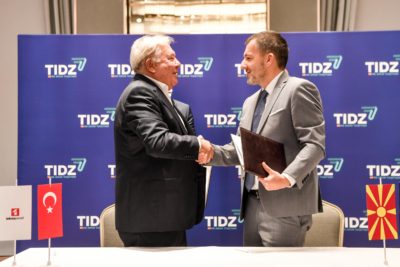 I said that no one will be left alone, and therefore as a responsible Government, we have recently provided two packages of anti-crisis measures for the protection of the most vulnerable citizens and companies worth over 760 million euros. That is why we continuously provide 80% subsidized electricity as well as cheap electricity for the smooth functioning of the vital functions of the state. With the latest measures for cheap electricity for the food industry, we expect the prices of bread, milk, meat and other basic products to decrease and to protect the standard of the citizens. On the other hand, it is very important to have a clear strategy for economic development and long-term stability of the country. We have that direction. We must think of the future. And in these difficult times of crisis, our task is to provide conditions for the creation of new jobs, but of course also better paid jobs to cope with the rising cost of living. And today, we are here, because this plan to deal with the crisis is fulfilled, it gives results. In addition to the support for the most vulnerable and for companies, global companies are investing in North Macedonia, and new and better-paid jobs are being opened,” Kovacevski said and added that four more investments will be presented in the next two months until the end of the year. 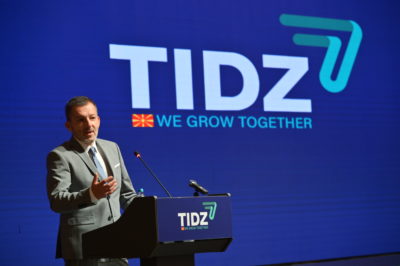 Jovan Despotovski, director of TIDZ, said that from a modest and open conversation in Istanbul with the owner of “Teknopanel”, Orhan Kahveji, today we reached a real investment of 20 million euros and 120 new jobs with wages above the national average.

“This is the last of the investments that we presented this period and which already exceed 620 million euros. They provide for the opening of 5,000 well-paid jobs for our fellow citizens.

It is the result of the new concept of TIDZ and the Government for attracting investments. We are open, honest and fair. That is the strategy they are asking about from VMRO DPMNE. Our strategy is not WILL but NOW – real investments and real jobs. That is what makes us different and successful,” Despotovski said.

Orhan Kahveci, owner of the company “Teknopanel” said that this new investment is the fifth production facility, and also the first production plant outside Turkey. 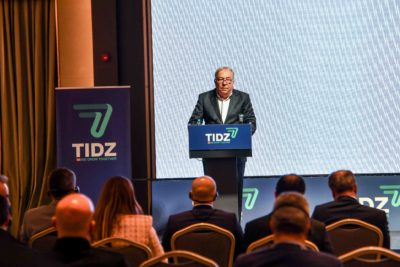 “The new investment will give added value to the economy in North Macedonia. First of all, this is the center of Europe, from where the production will be exported. With the help of cooperation with companies from the region, qualified people, I believe that this will be another success story of ours. The Government’s support and incentives are also very valuable to us,” said Kahveci.

Hasan Mehmet Sekizkok, ambassador of the Republic of Turkey in Skopje, also addressed the event, who emphasized the importance of bilateral cooperation between the two countries, with a special focus on improving economic relations and investments. 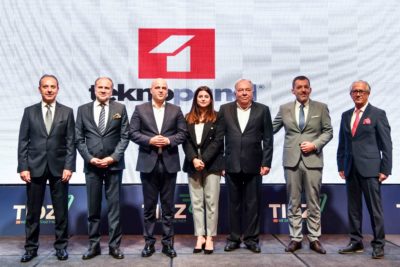 In the first ten months of the year, more than 2,000 new jobs were opened in companies in TIDZ, and the number of employees rose above 16,000 for the first time. This is an increase of 16% in one year. Almost 500 new jobs were created in October alone. Currently TIDZ has between 30-35 active clients. Five factories that have signed an agreement are in the construction phase. With the new concept of TIDZ and the Government for attracting investments, only in the past 18 months, agreements of 620 million euros have been reached, which is almost two thirds of the total volume of investments made in the previous 10 years.