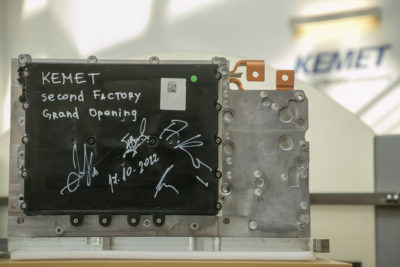 “Confirmation of the good economic policies that we are leading and the stable investment climate that we are creating in the country, is the expansion with a new production capacity and the new employments in the technological-industrial development zone Skopje 1”, said Prime Minister Dimitar Kovacevski at today’s opening of the second factory of the American company “Kemet Electronics” where the Vice Prime Minister for Economic Affairs Fatmir Bitici and the director of the Technological-Industrial Development Zones (TIDZ) Jovan Despotovski were also present.

“It is an honor for me to be here today at “Kemet Electronics”, which, due to the support and conditions it receives in the country, after opening the first factory, is opening a second one today. In the first factory of “Kemet Electronics” which produces capacitors for the automotive industry and various industrial applications in North Macedonia, 400 of our citizens are currently working. According to the company’s plan, it is planned to have 500, 600 and 700 employees in the medium term. In the second factory, additional 360 new employees are planned”, said Prime Minister Kovacevski.

He emphasized that in addition to numerous challenges, the Government works in the interest of the country’s economic recovery, development and better quality of life for all citizens. 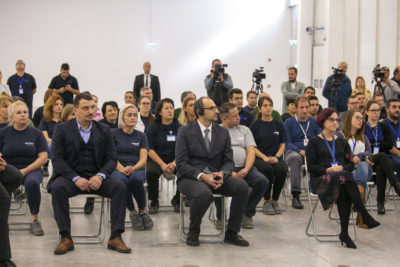 “During the past period, we have been going through really big crises, the first was the devastating covid, corona which closed the markets, made the supply channels difficult, and therefore as a government we helped with 1.2 billion euros in dealing with it to the most vulnerable categories of citizens, of the companies to keep the jobs, to keep the liquidity so that they can continue to work after that.

It was confirmed as successful, because all factories in the country, after the corona crisis, continued to work and with increased production. But then came the energy crisis, the war in Ukraine. Again closing the markets and even worse increase in the prices of energy, raw materials, increase in the cost of living. And then and now and at the beginning of the year and now again we have aid packages – anti-crisis packages for the most vulnerable categories of citizens, for those who have the lowest pensions, who have low incomes who really cannot make additional income from the vulnerable categories of citizens. These are single parents, people with disabilities, pensioners with the lowest incomes. The state will always be here for all workers, it will always be here for all pensioners, for all citizens in the state because our citizens deserve it”, emphasized Prime Minister Kovacevski and added that the opening of new jobs, in conditions of crisis, which prevails not only here, not only in the countries in the region and Europe but in the whole world, it is of great importance for improving the standard of the citizens and the economic development of the country. 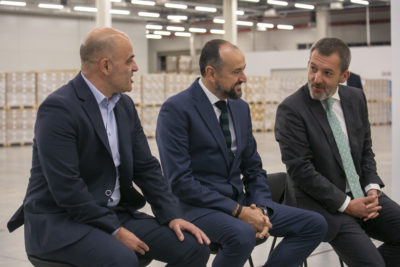 “We all see the value of the openness of our people, we all see the value of our good friendly relations with both the US and the EU. At the end of the day, we all see the value of the difficult decisions made by the Government of North Macedonia. Only with such difficult decisions, with leadership, with the guidance of one’s people can one reach the great prize. And the big prize is membership in the European Union. The EU is a concept of united states, in which there is social justice, economic progress and democracy. That’s what our citizens deserve and that’s what’s worth fighting for, to make good decisions, difficult decisions because at the end of the day that great prize of EU membership, to be at the same big table with everyone countries from the EU and to have a happier and richer people for this generation and for future generations”, Prime Minister Kovacevski concluded.

The director of TID-zones, Jovan Despotovski, emphasized that investors believe in the potentials and capacities of our country and that with the new concept of TIDZ, which has been applied for the past year and a half, results are being achieved.

“We show that we know how to bring in new investors, but also to use the potential of the existing ones. This second factory of Kemet Electronics, which invests an additional 23 million euros, is just such an example and proof of the confidence of investors who believe in the potential and capacities of our country. 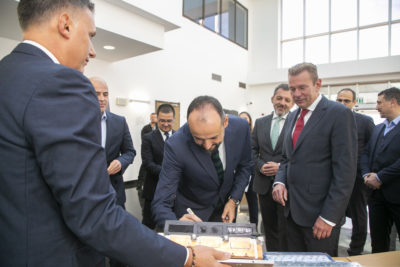 NATO membership and stability are key for investors who want a predictable climate. With the new concept of TIDZ, in just 18 months we achieved contracts of 620 million euros, which bring over 4000 employees. “Kemet Electronics” alone will double the number of employees to over 800. This company has raised the salaries of its employees twice this year alone. The goal we set for ourselves is not only an increased number of jobs, but also better paid ones. We remain committed to this goal, providing full support for investors”, said Despotovski.