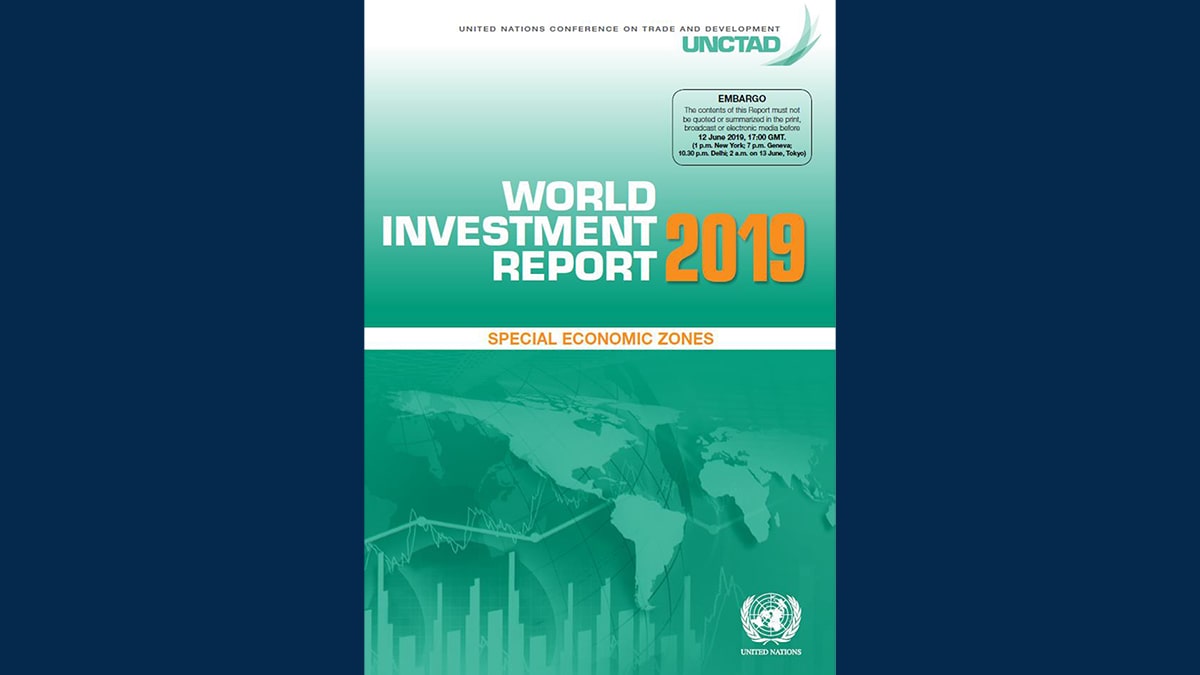 According to UNCTAD, inclusive sustainable development depends on a global policy environment that is conducive to cross-border investment.

This World Investment Report provides an overview of the global SEZ landscape and offers advice on how to respond to fundamental challenges for zones posed by the sustainable development imperative, the new industrial revolution and changing patterns of international production.

Among the most important instruments for attracting investment are Special Economic Zones. The number of zones around the world has grown rapidly this decade to more than 5,000, with many more planned, according to UNCTAD.

Last year, global flows of foreign direct investment fell by 13%, to $1.3 trillion. This represents the lowest level since the global financial crisis and underlines the lack of growth in international investment this decade.

Foreign direct investment (FDI) flows to the transition economies of south-east Europe, the Commonwealth of Independent States (CIS) and Georgia fell by 28% to US$34 billion in 2018, according to UNCTAD’s World Investment Report 2019.

However, South-east Europe triumphed, beating the general downward trend, with FDI growing by 34% to $7.4 billion, especially in Serbia and North Macedonia. Flows to North Macedonia more than tripled to a record $737 million, mostly on investment in automotive production in its technological industrial development zones. In one of the large deals, the Skopje 2 Free Zone attracted the United States-based car parts manufacturer Dura Automotive Systems.

Flows to North Macedonia signaled both favorable international demand for the output of foreign firms located in the country’s EPZs (export processing zones) and positive political developments regarding the country’s name. This is facilitating North Macedonia’s cooperation with the EU, the country’s main export market. Equity investment rose two and a half times, and intracompany loans turned positive after negative flows in 2017. Beyond the traditionally strong automotive cluster, new investments were also recorded in other activities.

FDI inflows rose in all countries in that subregion except Montenegro. Outflows remained unchanged at $38 billion, making the region a net FDI capital exporter in 2018.

The promotion of special economic zones (SEZs) has become an important investment policy tool for transition economies. SEZs may also become a major driver of future FDI growth, according to the UNCTAD report. Smaller economies undertaking significant export processing activities, such as North Macedonia and Serbia, also host many SEZs (15 and 14, respectively). However, there are expectations to contribute to certain development goals. In North Macedonia, the Law on Technological Industrial Development Zones requires zone users to meet the following criteria: job creation, compliance with high environmental standards, production based on new technologies and high energy efficiency.